As announced by BPNJ member James Kilgore, “After nearly three hours of debate, discussion and maximum participation by the public, led by Black Lives Matter, the county board voted to form a Racial Justice Task Force to investigate racial disparity in the jail and criminal justice system. This is an important victory more than two years in the making. Although most of us wanted a slightly more progressive resolution than the one that passed, this is a crucial first step. Lots more work to be done to make the task force effective and to carry on the larger fight for social and racial justice in our county.” 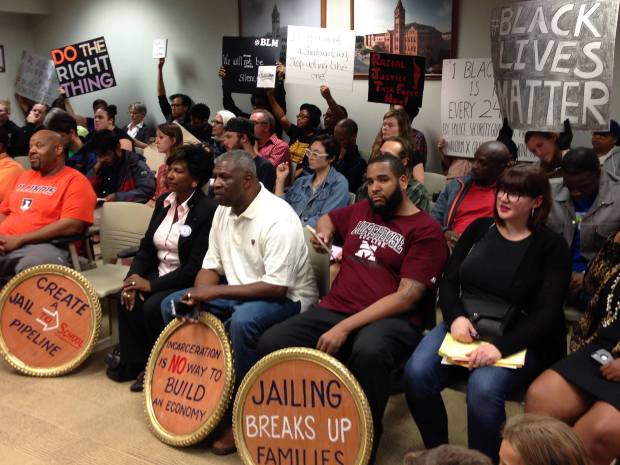